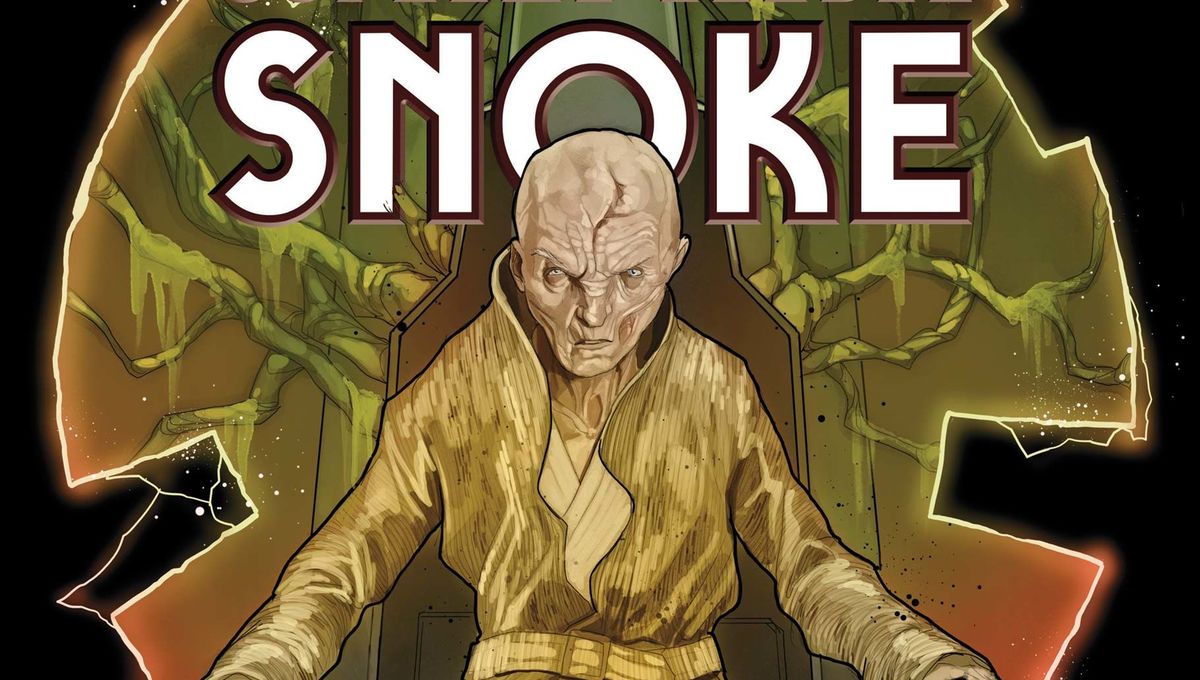 With a little more than three months to go until Star Wars: The Rise of Skywalker hits theaters, fans are scouring all available Star Wars stories for clues as to how exactly the Skywalker Saga will end on the big screen this December. What’s the deal with Dark Rey? How will that duel with Kylo Ren end? What form will this much-teased return of Palpatine really take? We don’t have the answers, but we can keep looking for hints at what’s to come, and Marvel Comics’ series of Star Wars: Age of Resistance one-shots are potentially packed with those.

This week’s Age of Resistance releases included perhaps the most-anticipated story of the line, which also includes one-shots starring everyone from Finn to Captain Phasma. Supreme Leader Snoke #1 — from writer Tom Taylor, artist Leonard Kirk, inker Cory Hamscher, colorist Guru-eFX, and letterer Travis Lanham — was always going to be a must-read for fans of the sequel trilogy, because basically anything directly focusing on Snoke is precious. We still know very little about the Supreme Leader of the First Order, and we had hope that a new story with his name in the title might shed a little more light on the still-mysterious Dark Side Master. Well…Supreme Leader Snoke #1 doesn’t actually tell us that much more about Snoke, but it does shed new light on his relationship with Kylo Ren, and the story actually sheds more light on Kylo’s state of mind than his old master’s.

**Spoiler Warning: There are spoilers for Age of Resistance: Supreme Leader Snoke #1 below.**

The story follows Snoke as he puts Ren through various tests of his resolve and strength in The Force, beginning with dropping him off a cliff and forcing him to reach out with his own fear to stop himself from falling. From there, Snoke takes his new apprentice to Dagobah, to the very same cave where Yoda once tested Luke Skywalker. Kylo walks in, without his helmet, and sees a vision of Luke Skywalker, his former master who once threatend his life in a moment of blind instinct. You can probably guess how that encounter played out.

The next voices Kylo hears are those of his parents, Han Solo and Leia Organa, who appear in the cave and try to convince him that he is still their son and they still love him. Kylo ignites his lightsaber, while Snoke stands outside and declares that he feels Kylo making his choice in dialogue that directly mirrors what he said right before his death in The Last Jedi. Kylo then spins and embeds his lightsaber in a tree rather than striking down the visions of his parents, and destroys the cave entirely to hide the evidence from Snoke, who perceives the explosion as a display of pure Dark Side bravado from his new apprentice.

So…what to make of this? One thing is absolutely clear, and that’s that Snoke always at least somewhat underestimated his apprentice, at least in terms of his ability to defy him. Snoke demeans Kylo more than once in the issue in an effort to rouse his anger, but Kylo’s response is more focused than Snoke knows. Kylo is using his anger, yes, but not in the way Snoke wants him to, in the same way he used his anger in a way that Snoke didn’t see coming in The Last Jedi. Kylo’s final line on the page above suggests the possibility that he’d always intended to overthrow his master, and that his allegiance was to the Dark Side era of his grandfather Darth Vader, with Snoke merely serving as a means to an end.

Then there’s the issue of how Kylo Ren views his parents, and his refusal to kill even a projection of them in the cave. It’s important to note that this happens before the events of The Force Awakens, and that Kylo did ultimately make the choice to kill his father later. He still refused to kill his mother when he had the chance in The Last Jedi, though, and the events of this story are notable not just because he didn’t “kill” them, but didn’t let Snoke know.

There are a lot of loose ends still dangling out in the world of the Skywalker saga for The Rise of Skywalker to tie up, but what exactly Kylo Ren wants deep down might be the most intriguing of these. Yes, we know about his mission to eradicate the Jedi and kill his uncle, Luke Skywalker. But Luke is gone now, and Kylo has instead focused his desire and his rage on Rey. Yes, he asked her to join him in ruling the galaxy in The Last Jedi, but did he do that because he loves her or because he wants her to balance him out and, ultimately, save him? Is he seeking guidance and an affirmation of his place in the world just like she is, or are his motives purely power-driven? Did he lie to Snoke because he wanted to usurp him, or because he was trying to chart his own middle path? This issue is ripe with the kind of potential we love to see in Star Wars stories, because the scales could tilt either way.

Kylo Ren’s story continues with his own Age of Resistance one-shot on September 25. Star Wars: The Rise of Skywalker is in theaters December 20.

The Fun Story Behind an Avengers: Endgame Cameo You Probably Didn’t Notice