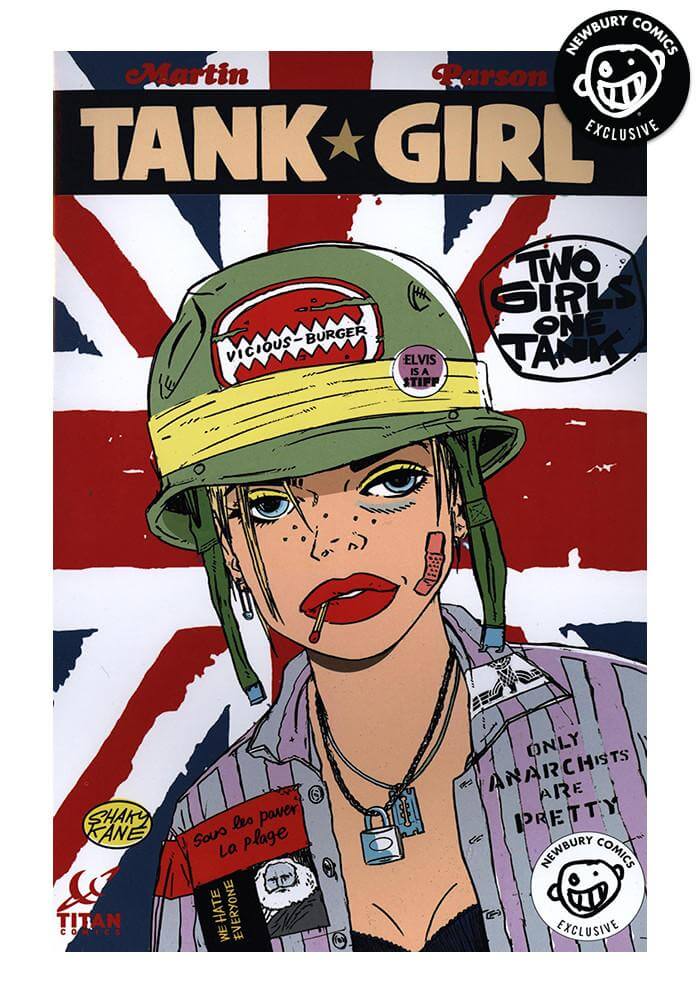 Well, this could be all kinds of cool. Yes, as the headline suggests, Margot Robbie could be about to serve up a new Tank Girl movie.

The news of this actually comes from Alan Martin, the co-creator of the original Tank Girl comic book series. Martin has taken to Twitter to reveal that Robbie’s LuckyChap Entertainment production banner has optioned the rights for a new Tank Girl film.

Just heard that Margot Robbie’s company have optioned rights from MGM to make a new Tank Girl movie – now several months into development. We haven’t been contacted by any of the parties involved with the project, so not sure if there will be any input from the original creators. pic.twitter.com/7RxbV4qLFt

At this early stage, it’s best not to get carried away with the idea of Robbie herself headlining the movie, for it could well be that she’ll just be working as a producer through her production company. But, you never know…

As a character, Tank Girl began life back in 1988 in the comic book from Martin and Jamie Hewlett. Centred on Rebecca Buck, readers saw the titular character driving around in the tank that also happens to be her home. It’s not all sunshine and rainbows, mind, for Tank Girl’s future-set landscape is full of bad guys and booze.

1995 famously saw Lori Petty head to the big screen in Tank Girl, although that movie absolutely bombed upon its release. In more recent years, the picture has become somewhat of a cult classic that was bogged down by a hugely troubled shoot and production.

Now, it appears that Rebecca Buck will again be making her way to the silver screen.

Expect more on this as we get it.

Our Top 5 Favourite Sci-fi Movie Posters Of All Time

Aquaman spin-off The Trench in the works