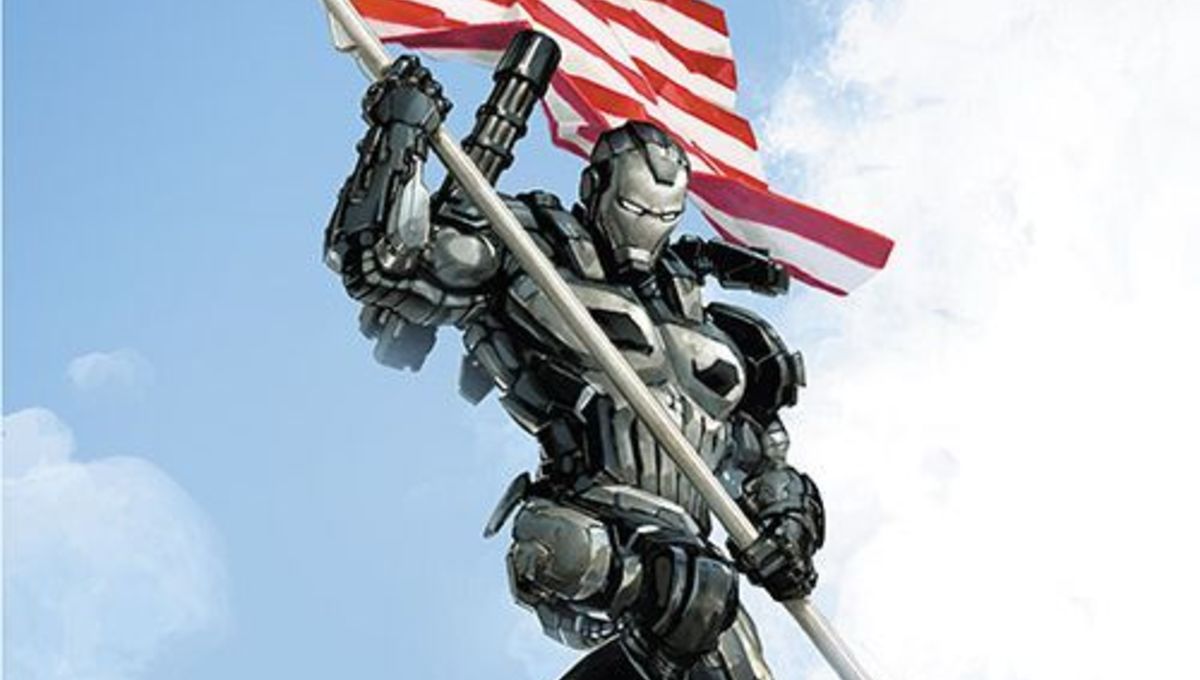 The Punisher, whether you love him or hate him, is a force to be reckoned with in the Marvel Universe. Throughout his more than 60-year history, loads of talented writers and artists have told a wide range of tales about Frank Castle and his crusade to rid the world of evil (as he sees it). As a kid, current Punisher scribe Matthew Rosenberg loved Frank Castle’s tales of street justice, maybe because he up in New York in the 1980s and occasionally caught glimpses of the seedier side of the city.

“I didn’t grow up in a rough area, but I was getting mugged and you saw some of the seedier parts of the city,” he tells SYFY WIRE. “So, when I was a kid, the Punisher showed this darker version of New York than what was real. He was kind of like this guardian angel.”

Rosenberg grew up and eventually lost interest in the character, as he moved on to new superheroes and new comic books. He didn’t return to the character for years until friends badgering him to read Garth Ennis‘ legendary Punisher run eventually wore him down. Years later, Rosenberg is putting his own stamp on Frank as he wages “World War Frank,” a gritty, entertaining, fun take on the character.

“Ennis just got it. You don’t change the character, you just show the world around him and how truly upsetting and awful it is,” Rosenberg says. “He’s an awful reaction to an awful world and not the hero that other writers had portrayed him as. It recontextualized the Punisher for me. He’s more monster than man in that book, and I really fell in love with him again.”

When former Marvel Editor-in-Chief Axel Alonso offered the Punisher to Rosenberg way back in 2016, he asked for a unique pitch, “back to the Ennis-era but make it crazy!” Not only has Rosenberg delivered on the crazy — outfitting Frank in the War Machine armor, teaming him up with the likes of Moon Knight and Ghost Rider, and pitting him against Marvel’s worst villains, including Kingpin and Baron Zemo — he’s delivered laugh-out-loud moments, something rare in Punisher books. Last week, SYFY WIRE caught up with Rosenberg to talk about his successful Punisher run, why Baron Zemo is bad at his job, and what to expect from Frank Castle’s return to New York.

Outfitting Frank Castle in the War Machine armor is pretty crazy. Can you talk about how that idea came about?

I went in to pitch and I said “I have this idea that Nick Fury sends the Punisher into a different country to overthrow a fascist government.” They said, “Cool.” Then I told them I also had this idea where he’s in the War Machine armor, and they immediately said “Yes!”

Right away, I kinda I thought it was probably a bad idea. I thought that up through each step, during the outline and then before I handed in the first script. I offered to rewrite it, and make it work without the War Machine armor. Punisher fans are purists and War Machine means something to a lot of people. They’re not the same thing either. So, I said we need to address it. We can’t mash up these things without talking about it and that was important. If we were going to do it, I wanted to end it in a certain way.

There’s a large cast of supporting characters in your run, from Daredevil to Moon Knight, Spider-Man, and Black Widow. Can you talk about how you worked them in?

At Marvel, there are a couple of approaches to the Punisher they go back to. One is the Garth Ennis approach — he’s an island to himself — I love that. But I made the argument at Marvel that I needed a supporting cast because he’s going after these supervillains and bad guys and there’s no moral true north.

From there, you’d get people that think Punisher is the hero. But, he’s not. Well, that means Baron Zemo is the hero, and he’s not. So you need Spider-Man, Daredevil, and Bucky to show you that there’s a right way to handle these things.

I think the Punisher is fascinating because he’s a constant. He’s a black and white world kind of guy, he’s a simple solution to a complex problem. He’s so unchanging that the fun of the book is throwing him in different scenarios and have him drive in a straight line. It’s like building walls in front of a train. So, I like that we’re weaving characters in and out that kind of get steamrolled by him.

I think a lot of Punisher fans were reluctant on some of it, because they thought the superheroes overshadowed him or something but more people have come up and said they get it. He’s a constant difficult situation for every single person that works for him.

You got a bit of buzz after issue #11 came out with a scene with the Punisher and an admirer on the NYPD. Can you talk a bit about how you wrote that scene?

Some people have said, “the Punisher wouldn’t do that,” but the Punisher has gone after corrupt cops. The Punisher won’t kill cops because he doesn’t shoot people he’s not hunting, but they’ll fight, and he’ll mess them up. I don’t think he’d be a lot of cops’ favorite. But that isn’t the point. It doesn’t matter whether you’re a cop or Spider-Man, the Punisher doesn’t want you on his side. He wants to be by himself.

I found myself laughing at Baron Zemo, maybe more than I should since he’s a murderous despot but he had some funny moments. He’s not a great leader.

He’s interesting because of his duality as a character in the Marvel Universe. He is a terrifying person. He’s the head of Hydra and he kills a lot of people. But, he’s also, as far as villains go, at the top of the list of never really getting anything done. He’s always close and it blows up spectacularly.

Doom runs a country and Galactus eats planets. Red Skull has done some horrific things and some big plans come together and Zemo is just like the guy who builds it, forgets to put a foundation in, and the whole thing collapses in front of him. It’s comedic in how close he gets and how horribly it falls apart. So, I wanted to lean into that but the other thing that’s funny.

We go to Begalia, which is the Hydra nation, and I think Zemo is in love with the idea of giving the speeches and slamming his fist down and ordering people to be executed. But he’s the ruler of an army and a country, and that means trade negotiations and trade diplomacy. In the book, his favorite and least favorite thing is the Punisher. It’s something he can do and do well, send guys out to kill the Punisher, capture him and torture him. Everything else in his life is dockworkers going on strike in Begalia. Can’t kill them, no one to unload the boats.

We always had this plan to bring Zemo back to New York and have him interact with the Kingpin. But, Zemo looks down on Kingpin because he kind of gave up this life of crime to run the city, but the City actually works and functions. At this point, for Zemo, Hydra is a giant stumbling mess.

What do you have coming up for Frank in the next few issues?

Right now, Frank and Baron Zemo are both in New York. Zemo is kind of using Kingpin and the status of his country to gain United Nations support, while secretly sneaking a Hydra army into New York. Zemo has also, as of very recently reformed the Thunderbolts (which includes Fixer, Ghost, Moonstone, Radioactive Man, and a disguised Jigsaw) to dispatch Frank.

All of New York has turned against him. The mayor, the police, the Thunderbolts. So, he’s got his own team, which includes Black Widow, Rachel Cole Alves (who spent time as the Punisher in 2012), Moon Knight, Ghost Rider, and Night Thrasher.

They’re a team of people who make questionable decisions and they’re able to cross some lines that others aren’t. So, they’ll be looking to Frank, who doesn’t want any part of the group, to be their leader.

Will Frank’s team get an official name in the Marvel Universe?

Maybe Frank Castle’s Commandos. Nah. We thought about it and ended up coming up with a scene where they all come up with names. Everyone had a suggestion and of course, Ghost Rider and Moon Knight’s suggestions are insane. Night Thrasher thinks he should lead and they should be called the New Warriors, but no, we didn’t have room for it in the final issue.

I think it’s perfect that we never call it anything. Frank thinks a name is stupid so they just won’t have a name.

Canadian Easter Eggs In The Deadpool Movies You Might Have Missed