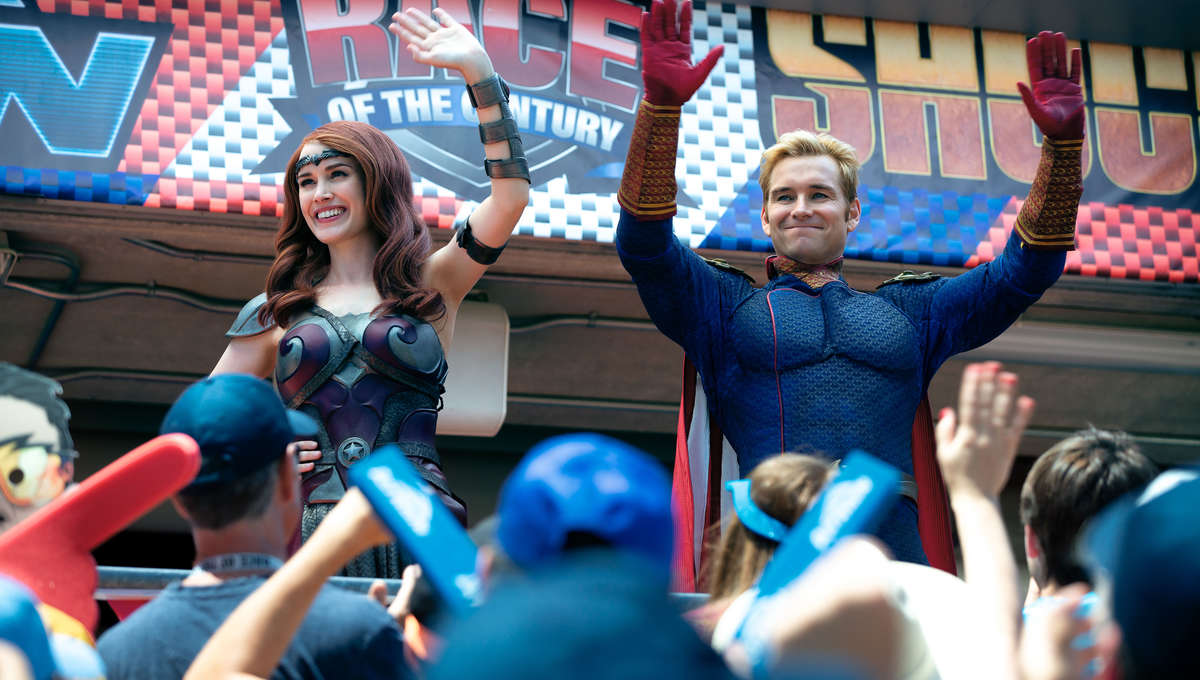 The first season of The Boys on Amazon was certainly a crazy, bloody ride, and it seems like progress on Season 2 is moving even faster than A-Train. Co-creators Seth Rogen and Evan Goldberg have already seen the premiere of the new season (which will bring in Aya Cash as Stormfront), and they make it clear that we haven’t seen anything yet.

Based on the comic by Garth Ennis, the show depicts a brutal alternate reality where superheroes are real, but they’re also celebrities with enormous attitudes. Held under the sway of a giant corporation, they may go in and save the day…if there’s someone to film it and post it on social media. If there isn’t, why bother? It won’t help them sell tickets to their next movie.

Speaking with Collider, Rogen and Goldberg talked about how filming on the new season is going, with Rogen mentioning how the tone of the unique show (which is almost impossible to describe, other than supe) is able to really solidify for Round 2, because of one factor in particular. Having a full season of the show ready to stream before you go in to shoot the second season is a very good thing indeed.

“With a show like The Boys, especially, where the tone is so unique, for the actors to be able to watch the show and to see like, ‘Oh, that’s what it is.’ It allows them to come back completely locked into it,” Rogen says.

Goldberg adds to this, mentioning that “the actors all know what they’re doing.” He also mentions that the new season will “definitely be better than the first season…immediately, it just looks a bit better, feels bigger…”

Rogen also noted the growing scope of the show, saying, “They already have more resources for the second season. They’re adding more characters, the scope of the show organically grows as the show continues. We just watched, actually, the first episode of the second season this week. It was a wonderful thing as producers. This is way better than I ever could’ve hoped it would be.”

10 MCU T-Shirts Every Fan Should Own

Tilda Swinton had to reshoot Avengers: Endgame scenes because of these plot changes