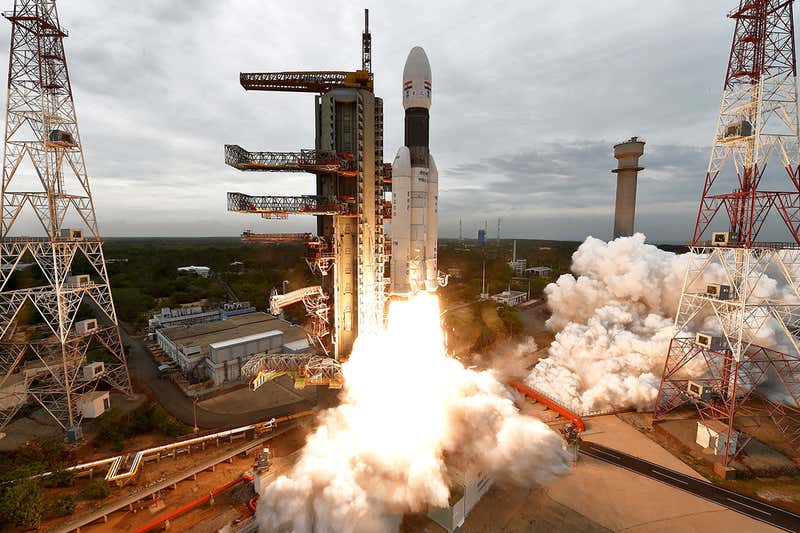 India’s second moon mission is on its way. After a short delay due to a “technical snag”, the Chandrayaan 2 mission launched on 22 July from the Satish Dhawan Space Centre in India. It is expected to touch down on the moon’s surface on 7 September.

The mission is the successor to Chandrayaan 1, which the Indian Space Research Organization launched in 2008. That mission consisted of an orbiter and an impactor that slammed into the lunar surface and released a cloud of debris, including water vapour that confirmed there was water on the moon.

Chandrayaan 2 will be more advanced, with an orbiter, a lander called Vikram, and a small rover called Pragyan. Vikram and Pragyan are designed to last for just one lunar day – about 14 Earth days – before they shut down in the chill of night.

If all goes well, the lander will touch down between two craters near the south pole, where it will release the lander to roll off and explore. Its six wheels will allow it to trundle at about one centimetre per second across the lunar surface and study the chemical makeup of the dust.

The lander and orbiter have scientific instruments aboard as well. The lander has a seismometer designed to examine moon-quakes, a probe to measure the thermal properties of the lunar surface, and instruments to examine the moon’s tenuous atmosphere, as well as a special mirror from NASA to precisely measure the distance between Earth and the moon. The orbiter has a suite of eight scientific instruments to map the lunar surface and study its atmosphere.

If the landing is successful, it will make India just the fourth nation to complete a soft landing on the moon, after the US, USSR, and China, and the first to land near the south pole. That’s particularly important because the south pole of the moon has water ice in some of its craters, making it a promising target for human exploration.

You Could Travel Through a Wormhole, but it’s Slower Than Going Through Space