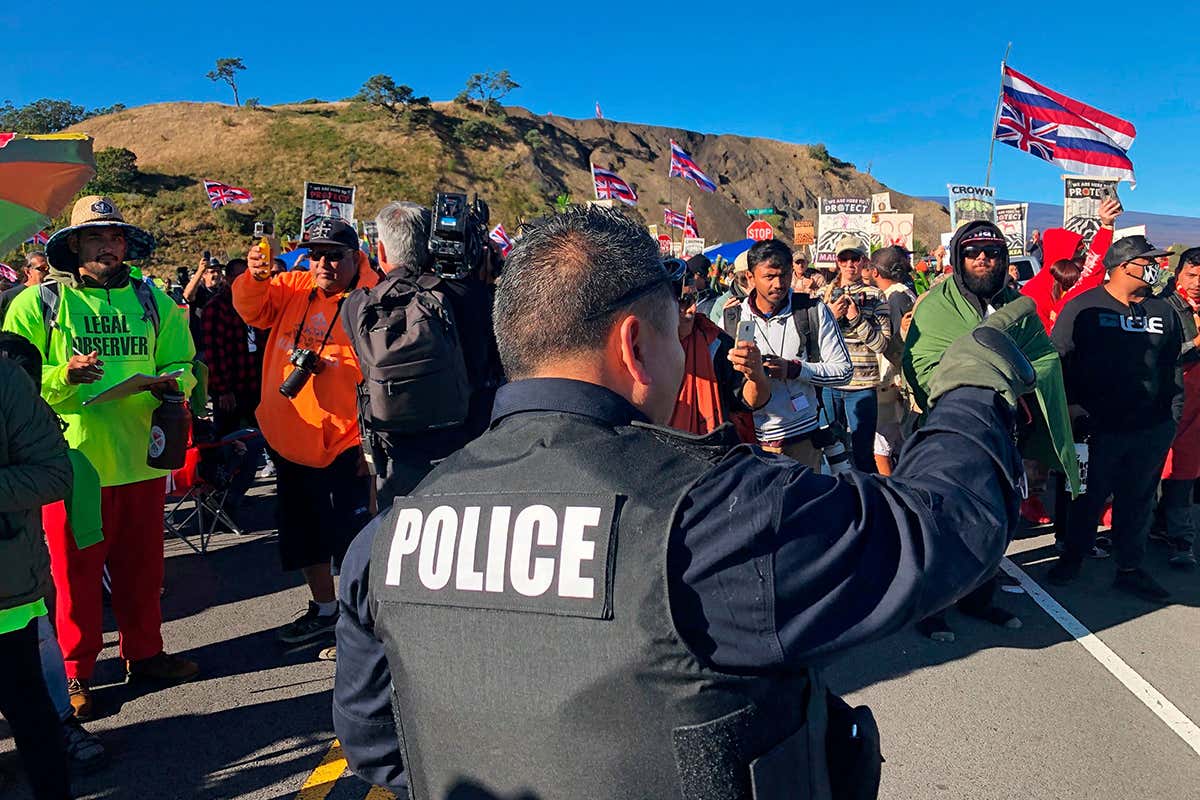 The planned construction of the Thirty Meter Telescope in Hawaii is continuing to face problems. Astronomers say that building an enormous telescope atop the dormant volcano Mauna Kea will revolutionise our view of the universe.

But many indigenous people in Hawaii say that the project is steamrolling their culture, literally and figuratively. With protests heightening, the governor of Hawaii has declared a state of emergency.

The Thirty Meter Telescope (TMT) is planned to be the largest and most powerful visible-light telescope ever, producing images more than 12 times sharper than those from the Hubble Space Telescope. It could help solve many of our universe’s deepest mysteries. For many native Hawaiians, the $1.4 billion telescope itself isn’t the problem; its location is.

According to the Office of Hawaiian Affairs, “Mauna Kea is a deeply sacred place that is revered in Hawaiian traditions. It’s regarded as a shrine for worship, as a home to the gods.” Its land is also an important natural resource.

Because of this, some indigenous people in Hawaii and their allies – including many in the astronomy community – have protested against putting TMT at the summit of Mauna Kea since the location was announced in 2009. In 2015, protests prevented construction from beginning.

A series of legal challenges made their way through the courts, and in October 2018 the Supreme Court of Hawaii upheld the building permit granted by the State Board of Land and Natural Resources. Construction was scheduled to begin on 15 July this year.

Now, construction companies are trying to move their equipment to the summit to start building the huge telescope, and hundreds of peaceful protesters are blocking the access road. On 17 July, 33 protesters were arrested and the governor David Ige authorised the state to take emergency action and bring in the national guard.

“We came to protect our sacred land,” Hawaii News Now reported that a protester at Mauna Kea said Wednesday. “There’s not much more we have left.” There are already thirteen working telescopes at and around the top of Mauna Kea. If TMT is not built on Mauna Kea, there is a backup site in the Canary Islands.

More than 500 astronomers and students have signed an open letter denouncing the criminalisation of protesters and the forceful building of the telescope despite objections from indigenous people in Hawaii. Protests are also taking place outside Hawaii.

“We write today not to place a value judgment on the future of TMT on Maunakea, but to question the methods by which we are getting the telescope on the mountain in the first place,” the letter says. “We ask whether expedience must come through violation of consent and leverage of apparatuses of state-sanctioned violence.”

Get Ready for a Science Rumble with ‘Space vs. Dinos’ New YouTube Series