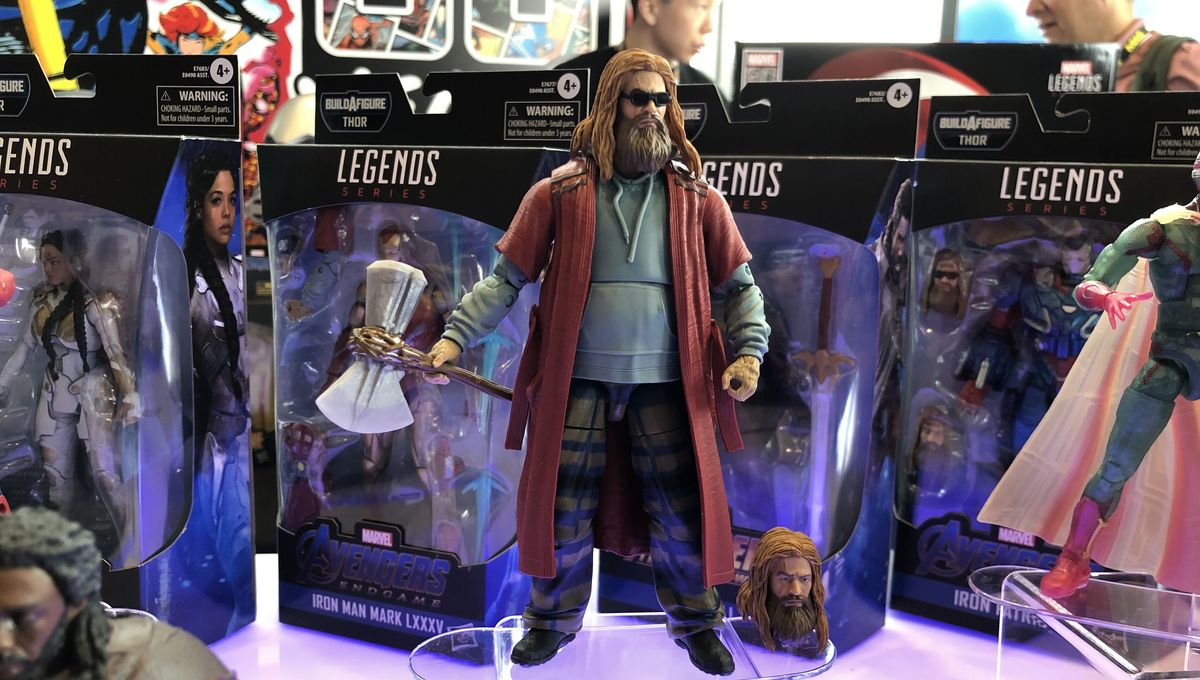 Hasbro will have its full unveiling of new goodies soon at its proper San Diego Comic-Con panel, but the toy company showed off a few new items to media beforehand — including an action figure that fully captures the glorious power of Lebowski Thor.

The company had fresh figures and props from Marvel, Star Wars, Magic: The Gathering, My Little Pony, Transformers, Nerf and more on display. The big news was the unveiling of the next Magic: The Gathering pack, dubbed Throne of Eldraine, though no actual details were released from what the set will include. Look for more info on that come Friday.

Marvel highlights included the thicker, Lebowski-style Thor (one of the designers noted Marvel’s only note during conception was to “make him fatter”). Hasbro also had some throwback figures that capture classic moments from the comics (i.e. Wolverine vs. Hulk, and Colossus vs. Juggernaut), as well as some Avengers: Endgame era refreshes for characters like Valkyrie and Iron Man. Several minor characters are also getting the high-end action figure treatment, and we’d imagine the new Peggy Carter figure will be a popular one. Some fresh life-size Infinity Gauntlets were also on display, including Iron Man’s version from Endgame.

New Transformers items included some classic-style figurines, including a Refraktor camera-style figure. On the Star Wars front, Hasbro showed off more of its vintage Star Wars figurines that evoke the Kenner era, as well as another look at the blood red Sith Trooper figure set to factor into Star Wars: Rise of Skywalker later this year.

Hasbro’s full panel is set for Friday at SDCC.

Oscar Isaac Wants To Play Solid Snake In Metal Gear Solid, And So Does The Director