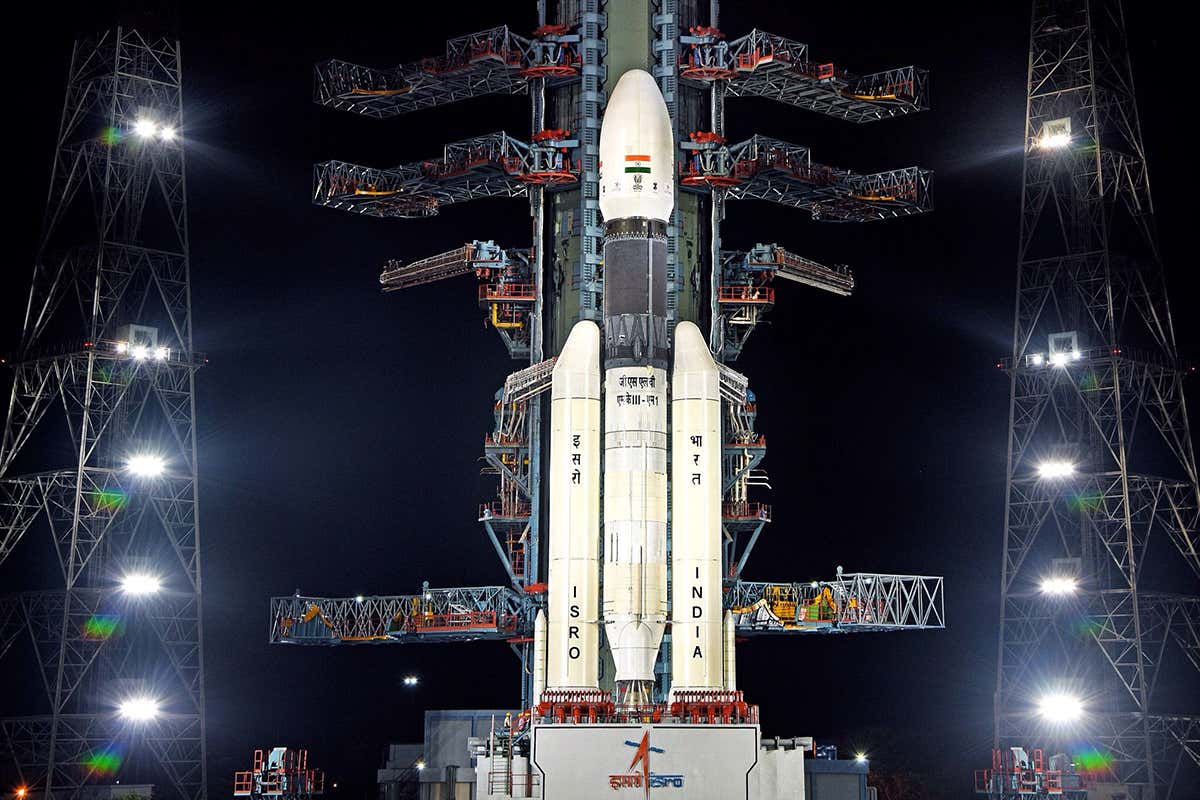 Heading for the moon – but not yet

India’s mission back to the moon is facing some setbacks. Its launch, scheduled for 14 July, was stopped less than an hour before liftoff because “a technical snag was observed in launch vehicle system”, tweeted the Indian Space Research Organization (ISRO). A new launch date for the Chandrayaan 2 mission has not yet been announced.

Chandrayaan 2 is the successor to Chandrayaan 1, which launched to the moon in 2008. That mission did not have a lander, but instead carried an impactor that crashed into the moon, sending up a cloud of debris. Water vapour in that cloud confirmed that there was water on the moon.

Like Chandrayaan 1, Chandrayaan 2 will have an orbiter to relay data back to Earth, as well as a lander called Vikram and a small rover called Pragyan. Between the three small spacecraft, the mission will have a total of 14 scientific instruments, including cameras and spectrometers for studying the moon’s surface, radar for probing deeper, and a seismometer to feel for moonquakes.

The lander and rover are planned to touch down near the lunar south pole, after which they are designed to last for one lunar day – about 14 Earth days – before the intense cold of lunar night shuts them down.

The south pole of the moon has water ice in some of its craters whose permanent shadows keep them cool. That makes it a particularly interesting area for human exploration, and a spot that many space programs are targeting for further study. If all goes well after Chandrayaan 2’s eventual launch, it will make India the first nation to land near the south pole and just the fourth to land softly on the moon after the US, USSR, and China.