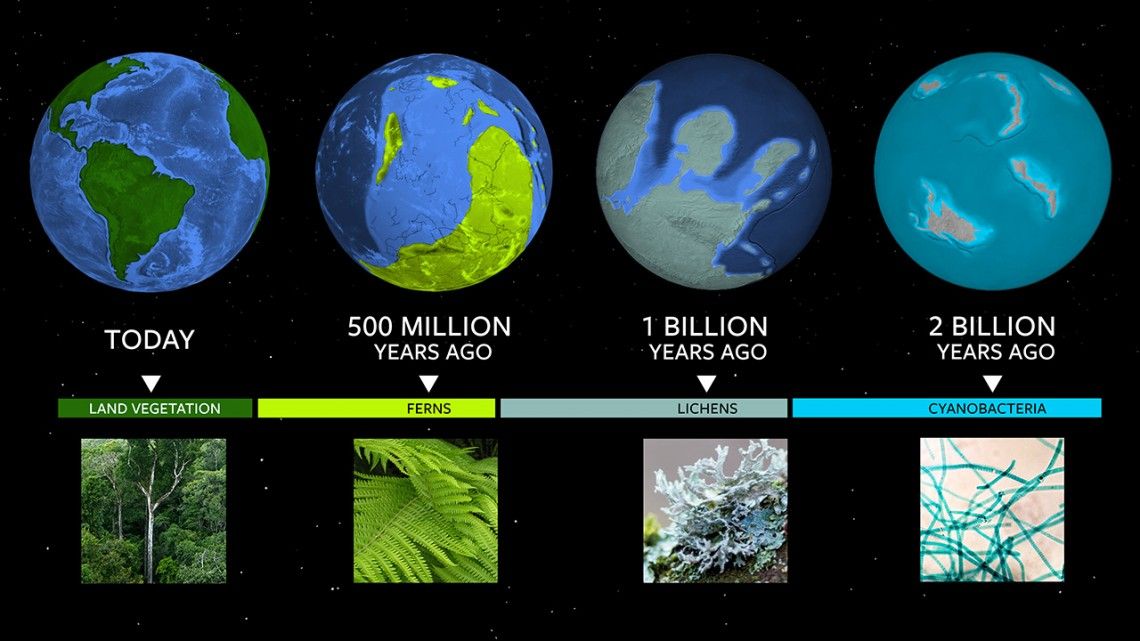 Earth’s color palette has changed considerably over time, and that fact could help astronomers better understand the evolution of other life-hosting planets, a new study suggests.

In 1990, NASA’s Galileo Jupiter probe studied Earth in detail during the first of two speed-boosting flybys of our planet. This project, the brainchild of famed astronomer Carl Sagan, was designed to hone future searches for alien life, by showing scientists which “biosignatures” they could feasibly target on distant worlds.

And Galileo delivered. The spacecraft, which reached Jupiter’s orbit in December 1995, spotted multiple signs of life, including Earth’s “red edge” — a sharp reflectance jump at near-infrared wavelengths of light. The red edge is a signature of vegetation: The photosynthesizing pigment chlorophyll absorbs most visible light but is transparent to longer wavelengths, and plants therefore bounce that part of the electromagnetic spectrum back to space (perhaps to avoid overheating).

But the red edge has not always appeared as the Galileo spacecraft saw it. After all, the feature is produced today in large part by terrestrial vegetation — but land plants have been around for just 500 million years or so, more than 3 billion years after life began on Earth.

“If an alien had used color to observe if our Earth had life, that alien would see very different colors throughout our planet’s history — going back billions of years — when different life forms dominated Earth’s surface,” Lisa Kaltenegger, the director of Cornell University’s Carl Sagan Institute, said in a statement.

So, Kaltenegger and Jack O’Malley-James, a research associate at the Carl Sagan Institute, decided to map out just how our planet’s color history changed over time.

In a study published online Tuesday (July 9) in The Astrophysical Journal Letters, they determined that Earth’s “edge” has likely been around a lot longer than its forests.

For example, spectral signatures caused by lichen — a symbiotic partnership involving fungi and algae — may have been observable by about 1.2 billion years ago. (Back then, the shades of Earth’s green would have ranged from sage to mint, the researchers found.)

And photosynthetic cyanobacteria in Earth’s oceans had perhaps generated an edge even earlier — by 2 billion or 3 billion years ago.

“This paper expands the use of a photosynthetic red edge surface bio-feature to earlier times in Earth’s history, as well as to a wider range of habitable extrasolar planet scenarios,” O’Malley-James, the study’s lead author, said in the same statement. 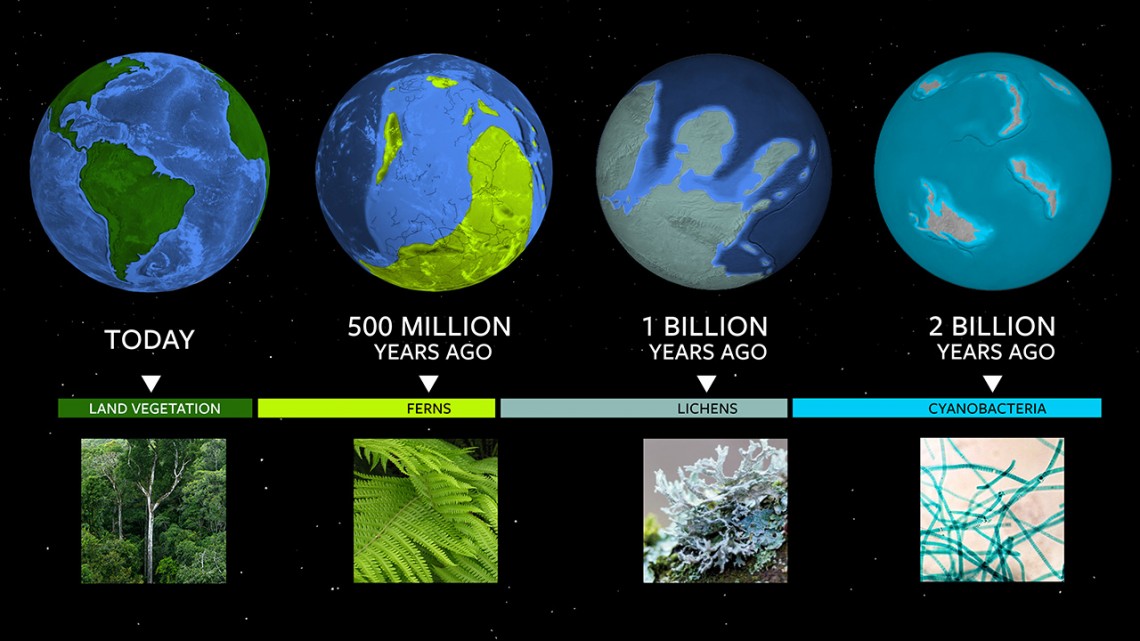 Visit the Heart of the Milky Way in This 360-Degree, 4K Simulation (Video)