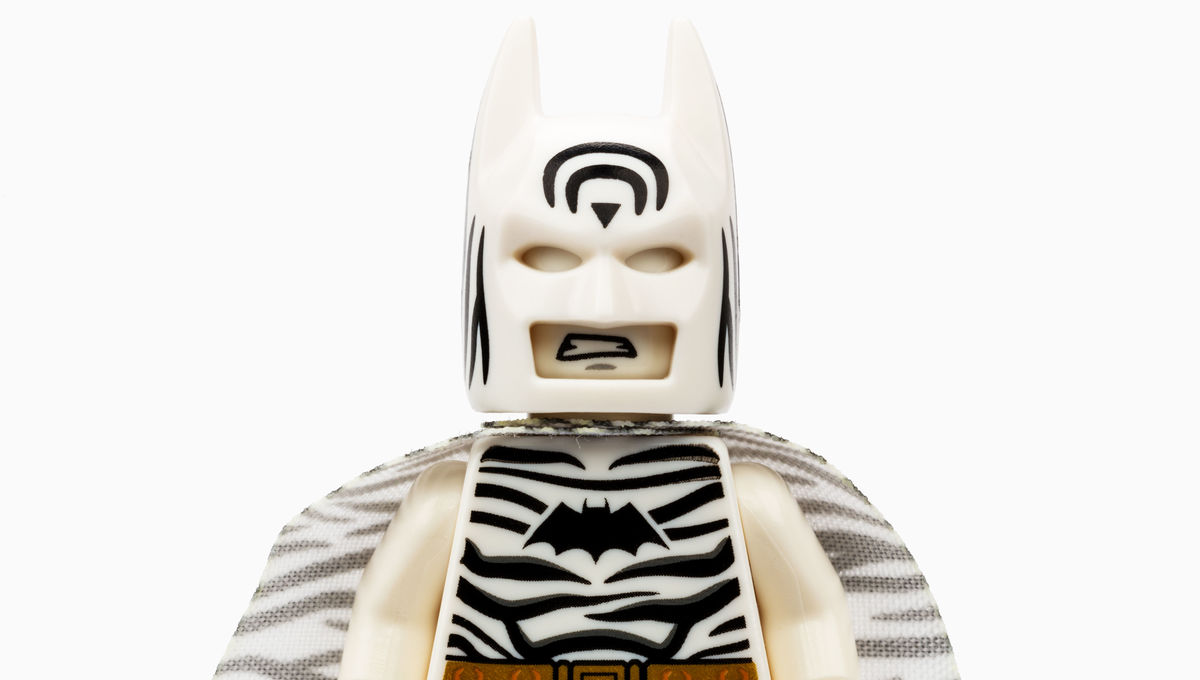 We’re a little more than a week away from San Diego Comic-Con 2019 and the reveals for exclusives available only at Nerd Prom are still dropping. Case in point: we’re debuting the latest LEGO minifigure show-only minifigure – Zebra Batman.

Zebra-Bat, what? Yes, unless you know your Batman comics history inside and out, you might not be aware that this LEGO exclusive is a deep-cut minifigure in keeping with the Batman at 80 celebration going on throughout 2019.

Gone is the traditional Dark Knight black suit and cowl, and instead we get this ultra-rare costume taken right from the pages of Detective Comics #275.

In case this iteration of Batman completely slipped by you, Zebra Batman and his stripped costume was created in Detective Comics #275 (1960) which found Batman irraditated by a machine created by bad guy, Zebra-Man. Once zapped, the machine translated the energy in the Caped Crusader’s body into energy stripes and voila! So, while you might have assumed this look is totally African equine inspired, it’s not.

Now you can lay this hardcore Batman comics knowledge on your fellow SDCC minifigure fans waiting along with you at the LEGO booth (#2829) on Saturday, July 20th because that’s the only day, and way, attendees will have a chance to win this guy in a randomized instant-win drawing.

Keep up with more San Diego Comic-Con 2019 exclusives here at SYFY WIRE as we get closer to the big show!

Independent Review Platforms And The Rise Of Geek Culture

Fantastic Beasts: The Crimes Of Grindelwald – the VFX secrets behind the movie magic