Asus is a name to reckon with in the laptop market and is quite popular for making value-for-money devices. The company has several laptop series and each series is meant for a particular purpose such as Republic of Gamers laptops are designed by keeping the gaming needs of the users in mind. In the same way, the ZenBook lineup of notebooks is meant for those looking for lightweight laptops with high-end specs. Similarly, the VivoBook lineup laptops has adopted a balanced approach between productivity, performance and pricing.

Now, the company has launched a new laptop called VivoBook X512 under the VivoBook lineup. Priced at Rs 65,995, the laptop comes equipped with the latest generation processors and updated Ergo-hinge design from the company. The company has also launched a 14-inch variant of the laptop and the price starts at Rs 33,990 for the base variant. On paper, the X512 gets almost everything that makes a laptop being worthy of being called a VivoBook but does it have what it takes to be worthy of the price, the company is asking for the laptop. Let’s find out. Asus VivoBook X512: Design
Asus VivoBook X512 does not have anything fancy in terms of design except that Ergo-hinge that lifts the bottom panel of the laptop creating some extra space for the airflow and also gives users a tilt for better typing experience. The top and bottom panel of the laptop is made of plastic and it has some flex in almost all the parts including the display, keyboard deck. However, the base of the laptop feels firm compared to the display and keyboard deck.

The top and bottom panel of the laptop has a smooth matte finish to it which is thankfully not a fingerprint magnet. During our review period, we had no issues in keeping the laptop clean. Opening the hinge reveals the matte finish display which comes with minimum possible bezels across all sides including the chin. The chin also has the Asus VivoBook printed on it.
Talking about ports, the laptop has a total of 3x USB Type-A port — two at the left and one on the right side of the laptop, 1x USB Type-C port which unfortunately does not support Thunderbolt 3. Apart from this, the right side of the laptop also has an HDMI port, 3.5mm audio jack, microSD card reader and a slot for charging the laptop.

Another thing we noticed that Asus has moved the notification lights to the left side of the laptop which is quite annoying as each time we plug in the device to charging have to peek and see whether its charging or not. It would have been great if Asus had found some way to place those lights to some relatively convenient place. Overall, Asus has done a good job with the design of the laptop.
Asus VivoBook X512: Display

Asus VivoBook X512 comes with a 15.6-inch nano-edge matte finish display with FHD (1920 by 1080) resolution. The display also has around 88 percent screen-to-body-ratio to it. With the reduced bezels, Asus has managed to fit in 15.6-inch display in a relatively smaller form factor that gives the laptop a compact feeling compared to any traditional laptop available in the market.

The display produces vibrant colours and provides crisp and clear output. The display of the laptop is also bright enough to be used in sunlight, thanks to the matte finish which helps in reducing the unnecessary reflection. The only grievance we have with the display is its poor viewing angle. The display gets completely washed out when looking at it either from the bottom or the top. However, the front viewing angle is proper and we did not face any such issue while using the laptop by sitting upright on the desk. 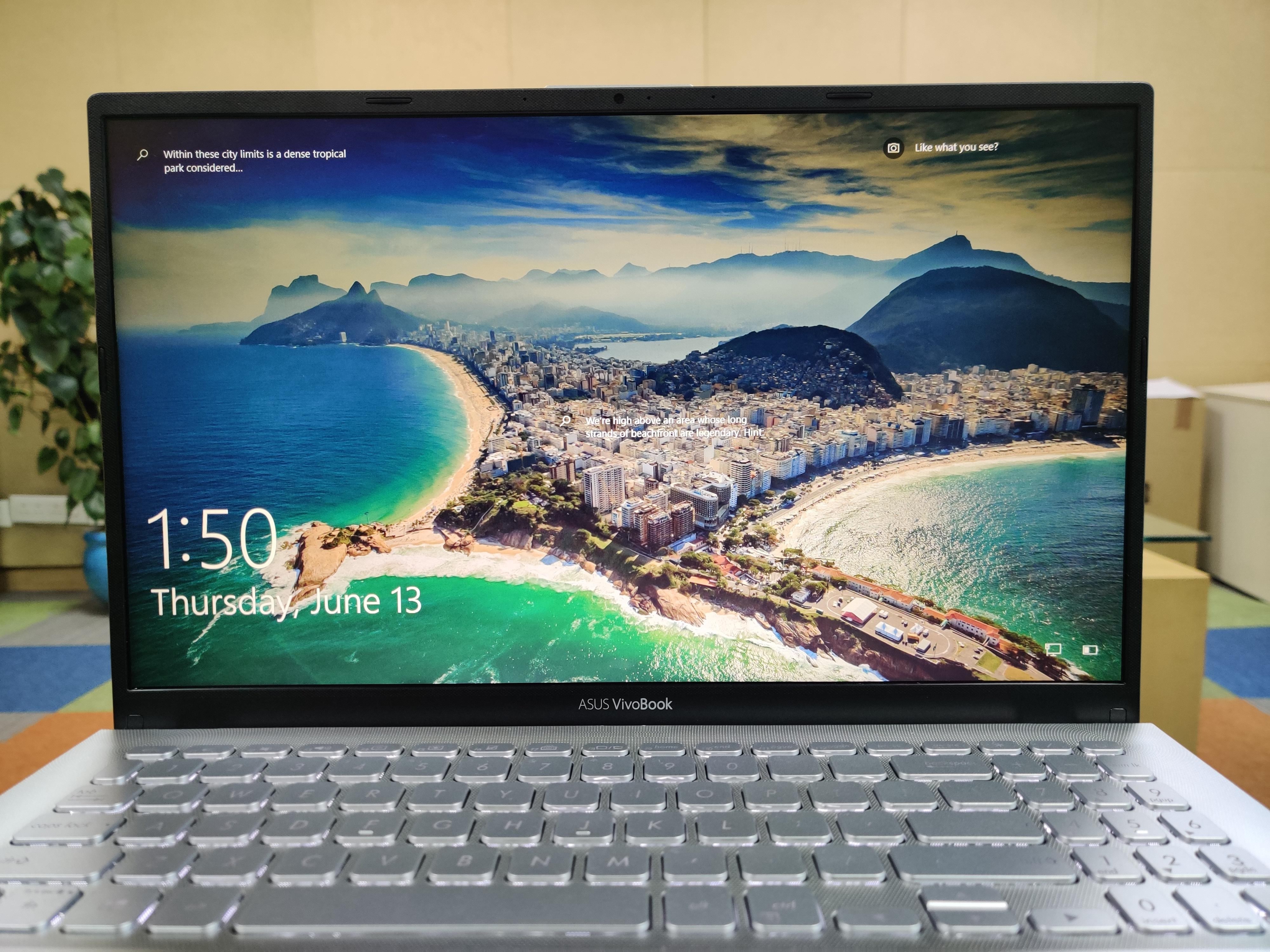 Another issue with the laptop is that it cannot be opened with one hand. The base of the laptop is so light, that while opening the display one needs to use the other hand to hold the bottom in place. We have no idea why Asus has not paid attention to this issue.

Asus has cut some corners with the display, but it is quite acceptable at the given price. The only thing Asus could have done better is offer slightly better viewing angles.

Before talking about the performance of the laptop, let’s have a look at the specifications. The laptop runs on 8th-generation Intel Core i7 processor coupled with 8GB RAM and 512GB of solid state drive. The laptop also comes with a dedicated Nvidia GeForce MX250 graphics processor. Well, on paper, this machine seems to be powerful enough to handle all the day-to-day usage. To start with, we started using the device as our daily driver for both personal as well as professional purpose. The major chunk of our office time we spend in typing and browsing, sometimes we even don’t realize that there are 40 plus tabs open in Google Chrome along with several other word processing software. The laptop performed well and we did not notice any lag or slow down while switching between the tabs or software.

We also tried installing a few games like PUBG, Call of Duty Black Ops 4, and Hitman 2. Games like PUBG ran pretty smooth on the laptop on a medium setting. However, to play other games, we have to tone down a few graphics settings to make them run smoothly on the laptop. Considering the fact, the laptop comes with an entry-level graphics processor and it is not a dedicated gaming machine, this kind of performance is acceptable and we don’t have any complaints with the graphics performance of the laptop as well.

Apart from this, the keys have good travel and provide proper feedback when pressed. The keys also have minimum noise to it, which makes typing in quiet environment possible without disturbing others. X512 comes with a backlit keyboard which has three brightness levels. 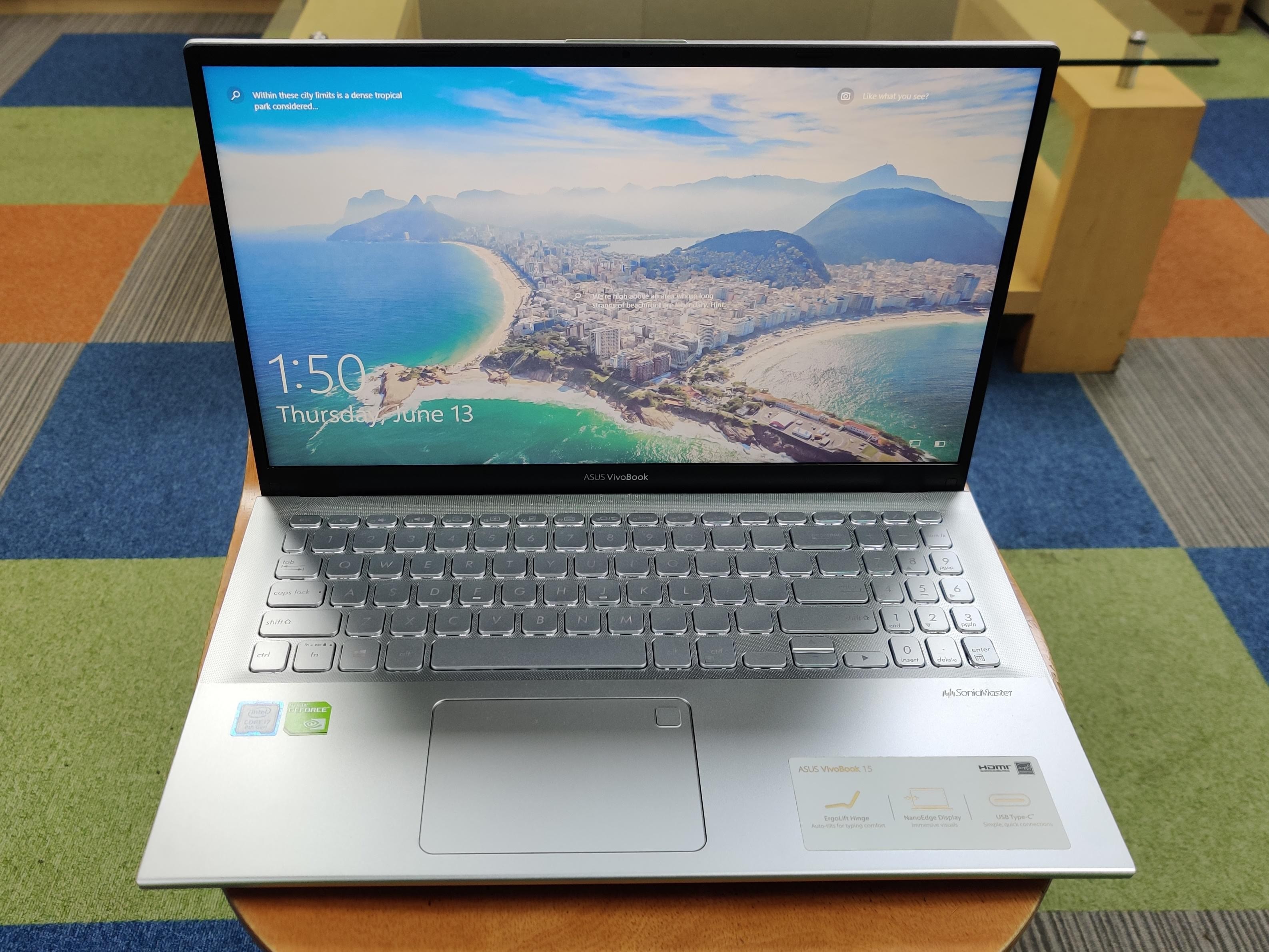 The trackpad of the laptop also works fine along with the basic windows gestures. It is good to see that Asus has gone with the Windows default touchpad driver instead of any third-party drivers from Synaptics or Elan.
The new Ergo-hinge design does help the laptop to maintain a constant airflow keeping the overall laptop temperature under control even under heavy load.
Coming to the battery performance of the laptop, the X512 comes with 37Whr battery under the hood. During our test, the laptop managed to last for around 5-6 hours based on not-so-heavy usage and display brightness. 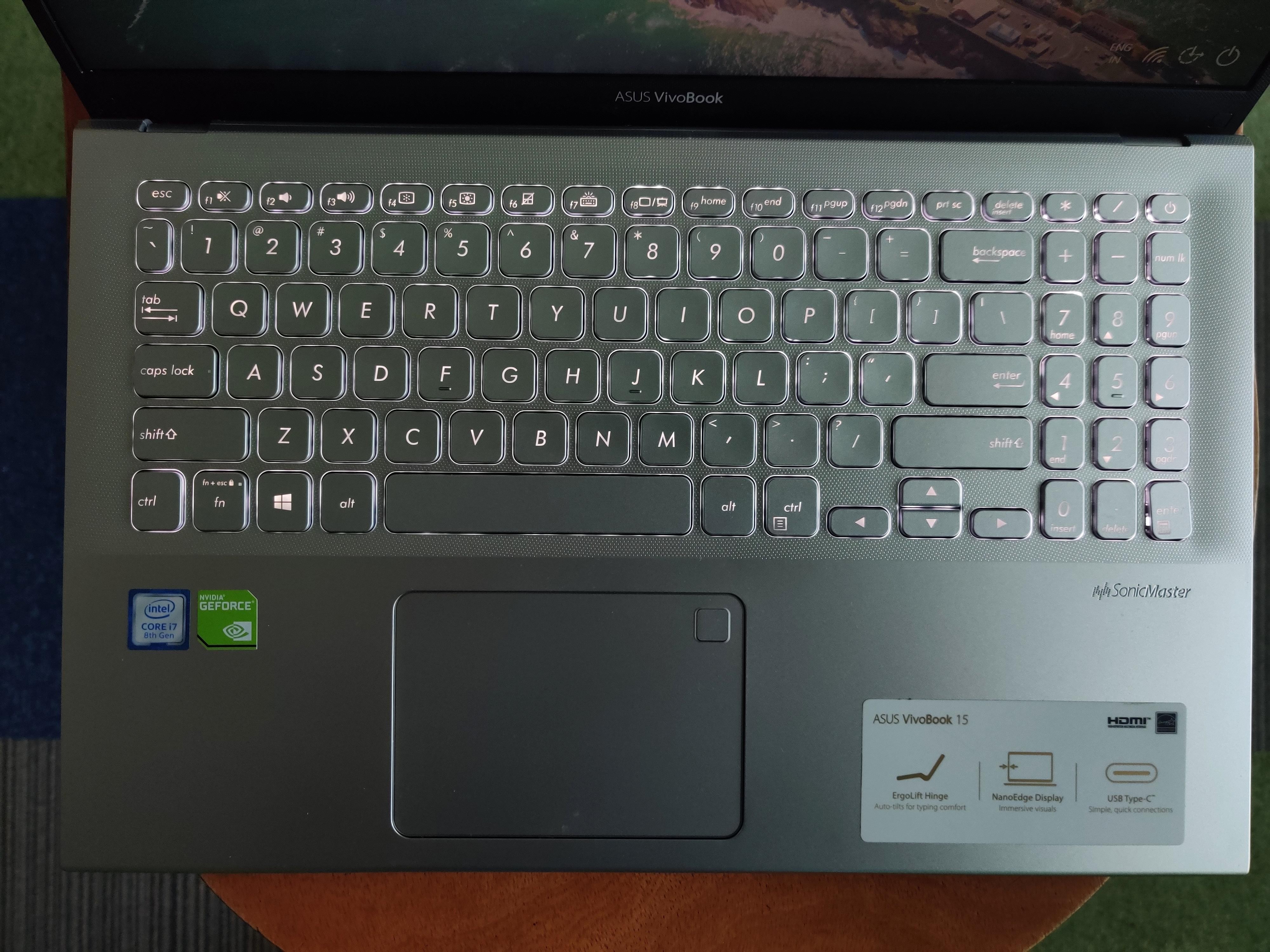 Asus VivoBook X512: Verdict
At the given price of Rs 65,990, the Asus VivoBook X512 offers some really good features such as Core i7 processor, SSD, and dedicated graphics card. However, there are a few things such as overall build quality, display, audio quality, etc. where Asus could have done a slightly better job. Overall, Asus has made it clear that this is just a VivoBook laptop which is meant to be a value-for-money device and offers one of the best price to performance ratio.
https://www.gadgetsnow.com/laptops/asus/asus-vivobook-15-x512fl-ej201t-ultrabook-core-i7-8th-gen/8-gb/1-tb-256-gb-ssd/windows-10/2-gb/articleshow/69765103.cms

Got Amazon Prime? You Can Get a Free Year of Nintendo Switch Online.