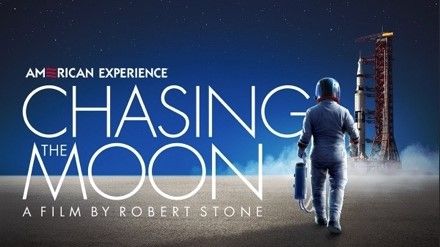 “Chasing the Moon” premieres July 8 to 10 (all nights at 9 p.m. EDT) on PBS, just days before July 20, the 50th anniversary of the Apollo 11 landing. The three-part series aims to turn on its head the conventional stories about the moon landing, focusing on aspects such as “scientific innovation and [public relations] savvy, political calculation and media spectacle, visionary impulses and personal drama,” PBS said in a press release.

The series has three episodes. Part 1, “A Place Beyond the Sky,” focuses on the space race the United States and the Soviet Union engaged in during the early years of the space program. Part 2, “Earth Rise,” covers the human Gemini and Apollo missions that prepared for the moon landing. Finally, Part 3, “Magnificent Desolation,” examines the moon landing itself and the cultural and scientific legacy of Apollo 11.

“As a 10-year-old kid in England in July 1969, my mother woke me up in the middle of the night to watch two Americans set foot upon another world, the moon quite literally staring at us through the window above our television set,” filmmaker Robert Stone, who has garnered Oscar and Emmy Award nominations for past projects, said in a PBS statement.

“I’d recently seen [Stanley] Kubrick’s ‘2001: A Space Odyssey,’ and the one-two punch of those two intensely visceral experiences ignited a fire in my mind that’s stuck with me ever since,” he continued. “It’s when I first began to want to be a filmmaker. In many ways, ‘Chasing the Moon‘ is the culmination of a lifetime of thoughts that have been churning through my mind about this extraordinary period in which I grew up, about the boundless ambition and promise of a brighter future that space travel inspired, the belief that anything is possible if we join together in a common goal, and the urgency it ignited to preserve and care for our home planet.”

Space.com will be sharing clips from “Chasing the Moon” between now and the show’s air date, so stay tuned.

A companion book, “Chasing the Moon: The People, the Politics, and the Promise That Launched America Into the Space Age,” was written by Stone and writer/researcher Alan Andres and released on Tuesday (June 4). It includes more information about the stories the documentary touches on. 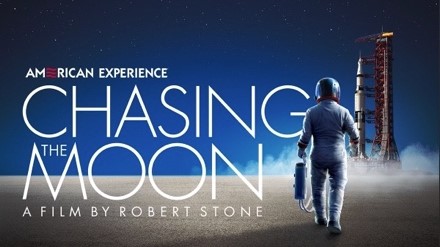