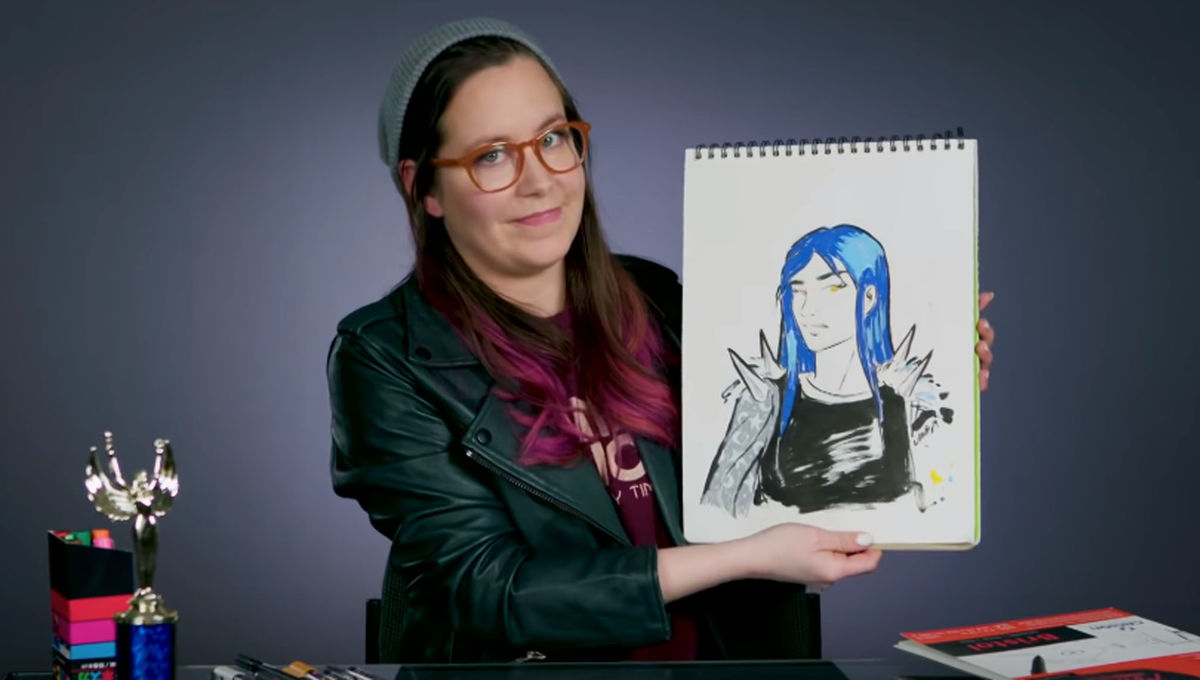 This week, Vault Comics debuted the first issue of She Said Destroy, a new creator-owned series from writer Joseph Corallo and artist Liana Kangas. It’s a sci-fi fantasy with touches of Irish lore that follows the tale of two sisters: Brigid, a God of the Sun and intergalactic tyrant; and Morrigan, the God of Death, who has been recast as a defender of life and an unlikely hero.

To celebrate the release of She Said Destroy #1, SYFY WIRE’s Artists Alley series is featuring Kangas as she sketches The Morrigan and explains some of the rationale behind her design.

“When I designed The Morrigan’s look, I kind of wanted to go for a more fantasy-based look, but something that was functional,” noted Kangas. “So when I had a friend, and she was like ‘hey, is she wearing a skirt or shorts?’ I was like, ‘it’s totally shorts. Who wants to run around in a skirt in space? Nobody.'”

Kangas also spoke to us about how she broke into the industry and met Corallo while working on a different project. According to Kangas, she and Corallo realized that they had shared interests in working on a project like She Said Destroy. Additionally, Kangas offered some insight into The Morrigan’s character and effectively sold us on the series.

“It’s set in the very, very, very far future,” said Kangas. “If you like games like Final Fantasy and Star Wars, and stuff like that, this is definitely a comic for you.”

For more details about Kangas’ art process and She Said Destroy, check out the full video!

Game of Thrones: Death Has Many Faces in Episode 2 Preview