With looter shooter Borderlands 3 all but expected at PAX East thanks to developer Gearbox’s numerous hints over the month, it appears that details regarding its gameplay, characters, classes, and story have been made public. While we’re just a day away from an official Borderlands 3 reveal, that hasn’t stopped leaks from emerging. A new leak on 4chan (via popular gaming forum ResetEra) has spilled quite a lot of beans about the highly anticipated cel-shaded action-RPG. No platforms have been suggested just yet, but safe to say it would be on the PS4, Xbox One, and PC (potentially on the Epic Games Store and Steam). While a Nintendo Switch release would be welcome, it will be interesting to see if Gearbox would want to deal with its limitations for a game like Borderlands 3.

Of course, considering that the source is a bit dubious, it should all be taken with a pinch of salt. Especially since we’re just a day away from all the official details. Still, if you want to dabble in speculation (and potential spoilers), do read on.

Like we mentioned above, all this information may not be necessarily accurate. But it’s understandable that fans would like to know more about the franchise since it’s been seven years since a proper sequel in the series. Borderlands 2 originally released back in 2012, we’ve gotten a ‘Pre-Sequel’, a Handsome Collection (a compilation for the current generation of consoles), Borderlands 2 VR, and also a Telltale games spin-off – Tales From the Borderlands.

Gearbox has officially teased a new Borderlands game, and we’ll have more information as everything is revealed at PAX East on March 28. 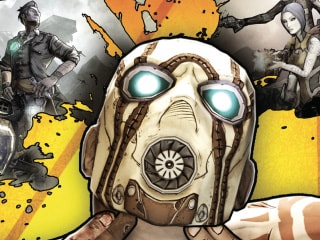