EA’s answer to PUBG and Fortnite, Apex Legends gets its first new hero in Octane. He launches today alongside the Apex Legends Battle Pass Season 1. According to the game’s lore, he took part in the Gauntlet, a test for pilots in Titanfall, and lost both legs in the process. They’ve been replaced with metal prosthetics. His abilities are geared towards speed, with an ability that lets him trade health for a burst of speed. In addition to this, he’s the only hero who can regenerate health constantly while his ultimate ability would let him place a jump pad for his entire team to use.

Apex Legends players will be able to earn Octane by playing the game and access to him won’t be restricted to those who buy a battle pass. There’s no clarity on how much he’d cost though it’s safe to say it would similar to Caustic and Mirage when the game first launched. Apex Legends Season 1: Wild Frontier starts on March 19 from 10:30pm IST.

Apex Legends has crossed the 50-million player mark and this news, if true, is likely to excite fans of the game. In our Apex Legends review, we had appreciated the game’s gunplay while adding that it could use more map variety and better characters. If Octane is indeed one of the new Apex Legends characters, we hope that some of our complaints get addressed with its entry into the game. Perhaps these changes could persuade more Fortnite and PUBG players to switch to EA’s Apex Legends. 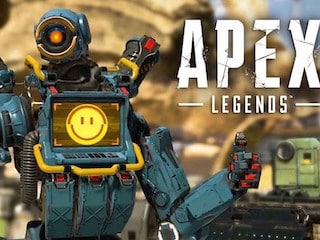 The Best Locations To Buy A House In Skyrim